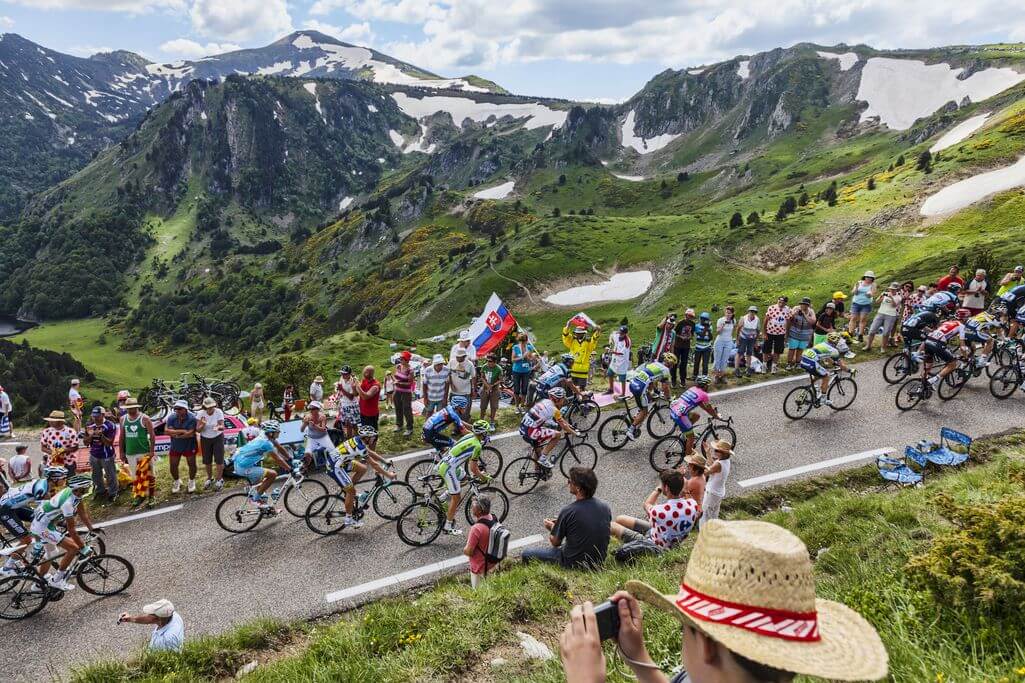 Tour de France, the greatest annual bicycle race, is scheduled this year at July 7th – July 29th. The competition is usually held in France, though sometimes the sportsmen have to pass through some other neighboring countries. The route of the Tour de France 2018 starts at Noirmoutier, Vendee and ends in Paris. Traditionally, only male riders take part in this contest, demonstrating their speed, strength, and endurance to millions of sports fans from all over the world.

In this material, you will get acquainted with all the details of this year’s race.

The format of this ride remains the same from year to year. It includes 21 stages. The sportsmen have to pass the Pyrenees and the Alps, as well as the number of other obstacles. This year, the participants of the Tour de France will cover almost 3,500 km – an impressive distance for any bike driver. The most part of the route is in France, with a very shy dip into Spain, from Carcassonne to Bagneres-de-Luchon.

The stages of the competition have already been established; they include the following:

Thus, this year’s Tour de France highlights will be connected with the most beautiful parts of France, such as Alpe d’Huez, Carcassonne, Espelette, Chateuax, Mende, and so on. There will be two Rest Days, on July 16th and 23rd. The sportsmen will gather energies in Annecy and Carcassonne correspondingly. The tensest part of the Tour de France will be on Sunday, July 29th, when the best racers will meet at the final heat and fight for the title of the winner. Besides, there will be a very attractive cash prize amounting to as much as €500,000. And soon we’ll find out who is going to get this award.

This year, we’ll enjoy the 105th edition of this tournament. As in previous seasons, the list of competitors includes 22 teams. But, as far as the contest’s peloton has been reduced up to 176 riders, every team will include not nine, but eight sportsmen. You should take this fact into account in your Tour de France betting. Chris Froome, for instance, will join this year a number of five-time champions, such as Hinault and Anquetil.

Let us consider the best riders of the contest and find out who of them deserve our stakes:

Christopher Froome. Having won Tour de France 2017 as a four time champion, this rider established himself as the strongest competitor with an excellent manner of riding. Most bookmakers agree that he’s ready to defend his title for the fifth time. This year, Chris is competing in his Sky Team with Eddy Merckx, Bernard Hinault, and Jacques Anquetil.

Tom Dumoulin. This Dutch professional road cyclist is considered to be the second favorite for the Tour de France. In 2017, he won the Giro d’Italia and the World individual trial Championships. Moreover, he became the first Dutch rider to gain the upper hand in the Giro d’Italia. This year, he seems to be in a perfect physical form, therefore bookies agree that he has a pretty good chance to become a new champion.

Richie Porte. Being a very promising Australian cyclist, Richie is one of the top contenders for Tour de France betting. This sportsman had an outstanding performance in previous year’s race: though he crashed out in Stage Nine, his experience and endurance are absolutely unquestionable.

Mikel Landa. This Spanish road cyclist played a special role in previous year’s competition, when his team gained the upper hand. He took the fourth position overall, which is quite an impressive result. This is why most of Tour de France highlights are centered around this rider, alongside with Chris Froome, the head of his team.

Nairo Quintana. In 2017, he came 3rd because it was raining heavily, but showed himself as a very strong competitor. He was also the 3rd in the general classification of Tour de France 2016 and won the same year’s Vuelta a España. Thus, many specialists have come to the conclusion that Nairo has a pretty good chance to become a new champ.

Thus, if you want to succeed with your Tour de France betting, pay special attention to the abovementioned cyclists, as they are the most promising participants of the race.