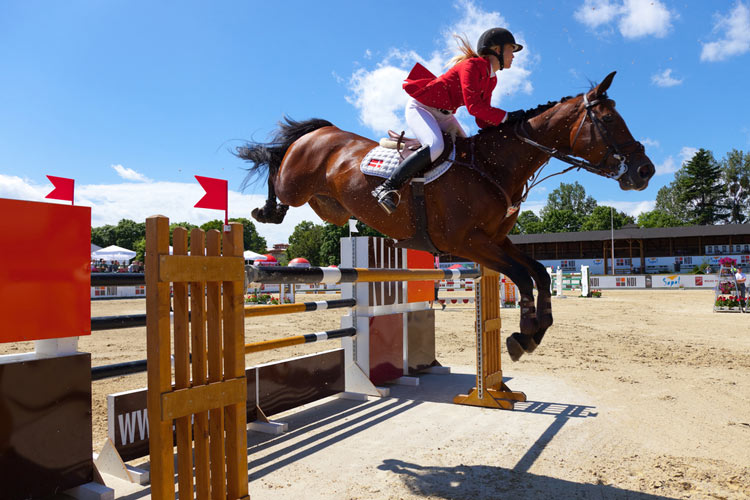 It would be no exaggeration to call Grand National is the greatest and the most popular hunt horse race organized annually in England. The tournament takes place at Liverpool’s Aintree Racecourse. Since 1839, the Grand National attracts thousands of horse race fans from all over the world. In this article, we will tell you about this exciting event: when it is conducted, what horses take part in the competition, how to use the odds, and – what is even more important – how to place your bets in the most profitable way.

Grand National: What Is It?

It’s is a horse steeplechase over a distance of 4 miles 514 yards, which is equal to 6.9 km. Within the limits of this tournament horses have to go two laps and jump 30 fences. Thus, Grand National runners must be extremely strong and sturdy, in perfect physical shape and carefully groomed for this very tournament. This year, there were 105 candidates to put their best foot forward at Aintree Racecourse. Only 40 of them have managed to qualify for the race and become the participants of this promising competition.

Being the most valuable steeplechase in Europe, Grand National 2018 can boast of a very impressive prize fund: this year, it has reached £1,000,000 again. The championship has many race sponsors, with the key supporter being Randox Health. Specialists say that this sporting event has a unique ability to attract many people who are not normally interested in watching horse races or placing bets at other times of the year.

The tournament is scheduled for April 12th – 14th. The handicap weights were revealed on February 13th. February 27th was the first scratchings deadline, while second scratching deadline was planned for March 20th. The five-day confirmations before the Grand National time are scheduled for April 9th. April 12th is the day of the final declarations, which will be issued by 10 a.m.

The plan of the tournament is as follows: 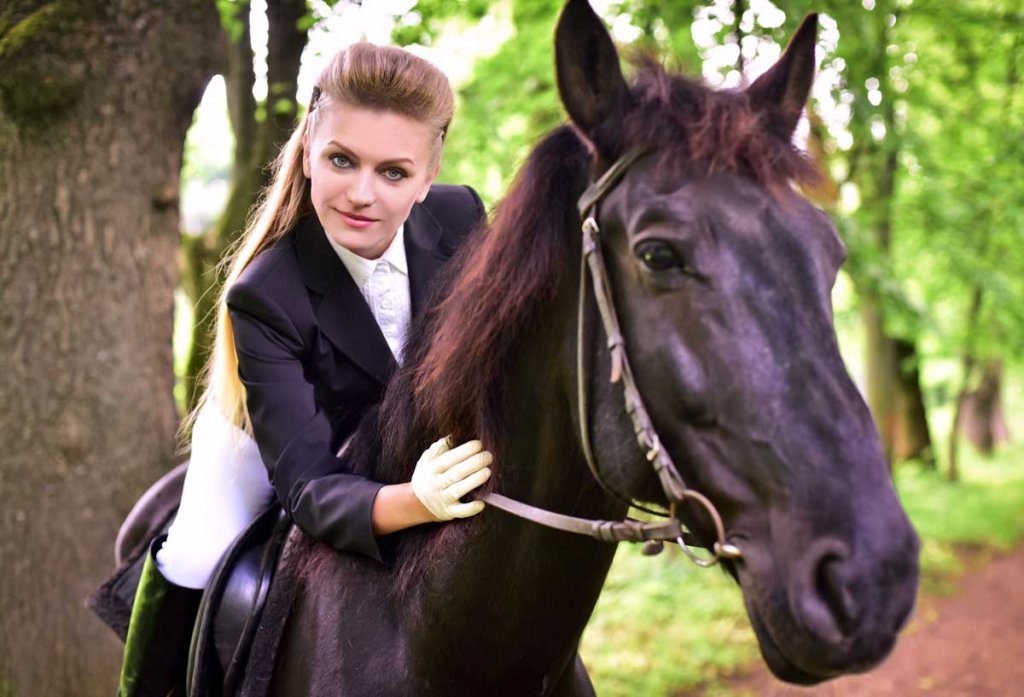 In order to succeed with Grand National Betting, you should have a clear understanding of the horses that participate in the contest. We’ll tell you about the strongest chasers of this year:

Blacklion. The trainer of this horse is Nigel Twiston-Davies, a British racehorse specialist, who works at stables at Naunton, Gloucestershire. Blacklion is 9 years old. According to Coral Grand National odds, this chaser has a good chance to come the first, as it proved better than ever at Wetherby in November 2017. Besides, Blacklion was the most promising runner during the Becher Chase one month later.

Tiger Roll. This Irish competitor, brought up by Gordon Elliott, is 8 years old. Reading Oddschecker Grand National odds, you’ll easily see that this runner won the competition at Cheltenham in 2016/17. This year the horse showed itself to advantage at the Festival, when it came the second after Urgent de Gregaine. Grand National full results will show whether this chaser is still in pretty great physical shape.

Total Recall. One more Irish runner at the age of 9 years showed excellent results its stable debut in October 2017, at Limerick. One month later it followed up in the Ladbrokes Trophy in the city of Newbury. the following month. Total Recall has a good chance to become one of the best Grand National runners this year, as it has proven form during the big-field races and seems to progress further.

Anibale Fly. Brought up by A. J. Martin, this horse is 8 years old. It won the Paddy Power Chase in the city of Leopardstown in winter 2017 and came third during the Gold Cup at Cheltenham. Anibale Fly is the chaser that shows excellent results at extreme distances, this is why it’s a dangerous competitor at the Grand National.

Bellshill. This horse managed to gain the upper hand at Grade 2 race in the city of Limerick in 2016/17. According to Grand National results, it finished the previous season with a promising result of 10 lengths third to Might Bite during the RSA Chase conducted at Cheltenham. Besides, Bellshill became the winner of the race at Fairyhouse, impressing spectators with its wonderful physical form and stamina.

This first thing you should know about the conditions of this tournament is that the race features a wide range of obstacles. In fact, there are 30 fences, and the horses will have to jump them twice, except for the Chair and the Water Jump, which are crossed on the 1st circuit only. Below, we’ve described some of the obstacles used in Scottish Grand National:

Becher’s Brook. It’s one of the most thrilling fences in the world of horse racing. Becher’s Brook seems to be quite innocuous, but combined with the steep slope of the track surface and left-hand turn makes it really dangerous. Grand National runners simply don’t expect the ground to disappear from their hooves on landing and often fall down or lose their riders.

Thorn fence. Actually, many of horses tend to become the victims of this obstacle, as they travel to it far too fast. Now that you don’t need to ask yourself “What time is the Grand National?” reflect on the question, who of the chasers will cope with this obstacle better than the rest.

Foinavon Fence. The dimensions of this fence are 4 ft 6 in to 3 ft. It seems to be quite an ordinary obstacle, but it comes right after the biggest drop, ерш is why both the runners and their jockeys need to concentrate on a very accurate and timely jump.

Canal Turn. According to William Hill Grand National experts, it’s also a very difficult obstacle for most horses. The thing is that the turn is followed by a canal that appears suddenly in front of the chaser when it lands. The fence is made of hawthorn branches and Norway spruce.

Valentine’s Brook. It is the 3rd of four famous obstacles that are be jumped over in succession. Often mentioned in Betfred Grand National betting tips, it has the size of 5 ft to 3 ft 3 in and is followed by a brook on the landing side.

There are many other types of fences that the runners have to jump over, and each of them can become a fatal obstacle for a potential winner. In other words, Grand National 2018 is a very unpredictable sporting event that provides a great opportunity for punters to try their luck.

Experienced punters confess that it’s quite possible to win big by means of applying to the element of science. In other words, if you want to guess the Grand National winners, take time to analyze statistics, learn the chasers, study the odds, and only then choose your favorite and place the bet. Until recently, many people believed that the horses that carry more than 11 stone have little chance to win. In this way, they picked out the weakest links of the race and the evident favorites. However, if you read Coral Grand National betting tips, you’ll easily notice that this tendency has underwent a 180-degree turn: nowadays, horses with more weight tend to show better results at the contests and vise versa. In 2015, for instance, the Grand National winner was Many Clouds that carried the enormous weight of 11st 9lb and still managed to gain the upper hand.

One more thing you should think about is the list of horses. This year, there are 40 chasers that have real chances to win. If your favorite has not been included in the list of the most promising Grand National horses, think about changing your preferences. Take some time and choose the player that has real chances to come first.

If you are going to have an ante post bet, try to select the horse, which is guaranteed to come from behind in the current race. In the case of Welsh Grand National, it’s not an easy task, but you have enough time to look through the list of candidates and pick up the strongest ones. As a rule, some of well-groomed horses drop out of the races due to injuries, illness, and other issues. Try to foresee such an outcome and avoid the chasers that are in doubtful physical form.

There is also one more factor, which should be taken into account for successful Grand National betting. It is absolutely unscientific, but punters do believe in it. Actually, every winner of this competition has certain fairy-tale behind his back. Specialists analyze every year’s winners and often come to the conclusion that the best Grand National horses are always associated with some legend or fairy-tale. You can find the evidence of this supposition on the internet – there are many articles about One for Arthur or Red Rum and their mystical background.

Whatever method of betting you choose, you certainly won’t be alone in trying to guess Grand National results, as there are millions of people who are real fans of this competition. Almost 50% the UK adult population are going to place their bets in April 2018. With the total sum of £300 million, which is more than £8 per on bet, National day can be called with certainty the only day a year when the fair sex have the opportunity to close the gender gap in sports wagers. According to Ladbrokes Grand National betting statistics, every third stake placed on this day belongs to a woman.

Do you want to joint this mixed company of race-lovers and realize a pretty profit? Study the rules of the competition, read about the horses, analyze statistic, look through the odds and predictions and place your Grand National bets. After such preparation, you are sure to make a fortune!