Home-Events-Tennis-Wimbledon 2018 Odds: What to Expect from the Tournament

Wimbledon 2018 Odds: What to Expect from the Tournament

Wimbledon 2018 is scheduled at July 2nd – July 15th. During these two weeks, thousands of fans from different countries will watch with enjoyment the world’s greatest and the most spectacular tennis tournament. This year, Wimbledon ballot was conducted in January, and the happy winners have already paid for their tickets. Actually, they had no opportunity to select the match and the court, as this is done by computer, randomly. But does it really matter when you win the tickets to Wimbledon championship, the greatest event in the world of Big Tennis?

In this article, we’ll tell you about the schedule of the tournament and some of the most promising players. Besides, you’ll find out how to succeed with your betting, which is really important for devoted punters.

When is Wimbledon 2018: Schedule of the Games

This year’s competition will start on Monday, July 2nd. The gates will open at 10.30 am, while the games are scheduled at 12.00 pm and 01.00 pm. The first day of Wimbledon 2018 dates will be devoted to Men’s and Ladies’ First Round matches, though the Organizing Committee emphasizes that this schedule may be changed. The place for Wimbledon championship remains the same from year to year: the greatest sportsmen will meet at All England Club. The location is also known as All England Lawn Tennis and Croquet Club. It is based at Church Road.

Thus, if somebody asks you “When does Wimbledon start?” you can answer with complete confidence that the tournament is planned at July 2nd – July 15th. And the location is right the same – All England Club, Wimbledon. The games of this Grand Slam tennis tournament are scheduled as follows:

We don’t hurry to share with you the rest of the Wimbledon schedule, as it may change a lot. With more than a month left till the beginning of the competition, we’d better pay attention to some other aspects of the event. For instance, how to get Wimbledon 2018 tickets and become the witness of the most breathtaking event in the world of Big Tennis.

Everything You Should Know about the Tickets

As we have already mentioned, there was the public ballot for Wimbledon dates 2018, during which sports fans from different parts of the world had the opportunity to obtain tickets for the competition. How could they do that? The scheme was as follows:

This is all that you have to do in order to take place in Wimbledon 2018 ballot. Naturally, this isn’t the only way to purchase the tickets for the tournament, thought most of sports fans from the UK do their best to take part in Public Ballot.

One more means for obtaining the tickets for next Wimbledon is buying them at the special websites. For instance, there is a Debenture holders’ marketplace, where people sell their tickets to real sports fans. Besides, they share their personal recommendations concerning the competition with less experienced spectators, which is even more valuable sometimes, than the tickets. As for the latter, they are also offered at Ticketmaster Wimbledon. The prices at the Debenture holders’ website start from £1,600 for No.1 Court and from £2,700 for the Centre Court. Here, however, you can select the day of the competition and the seat, which is really pleasant. And it’s worth noting that there are few tickets left, as real tennis fans have already ordered their seats for this year’s Wimbledon tour.

A Few Words about the Players 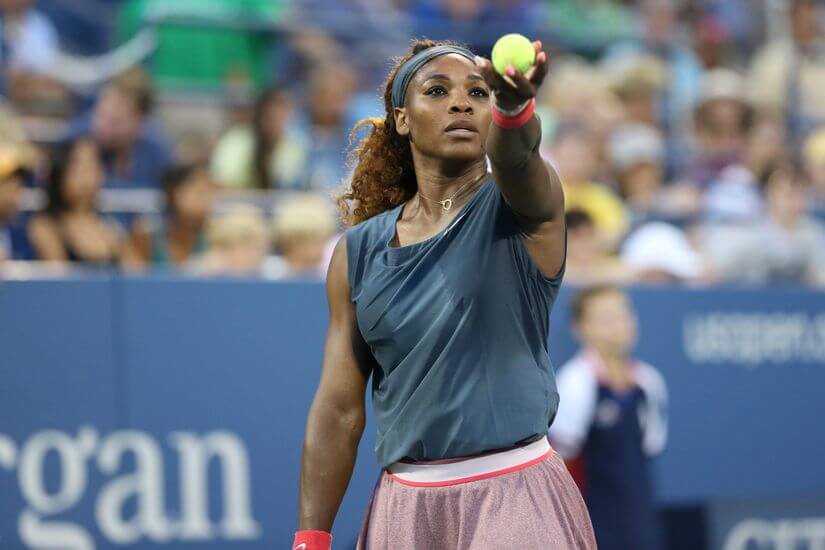 This is by all means the most interesting part of our article. Who are the main aspirants for the title of the best Wimbledon matches players of 2018? Who is going to impress the fans? And who will become the outsider of the championship? Naturally, it’s impossible to predict the outcome of the tournament, as there are many promising sportsmen ready to be up to the challenge. But we won’t lose an opportunity to discuss Wimbledon odds and predictions.

The strongest contestants of this year’s tennis championship are:

Roger Federer. The last year’s winner has shown himself to advantage at the credentials, this is why most experts agree that he’s a very solid contender to win the title one more time. Even the fact that he had to refuse from participating in the French Open in 2017 doesn’t diminish the possibility of his success in Wimbledon 2018.

Andy Murray. This player is expected to be the strongest contender for Federer. Even though he cannot boast any serious awards, this talented Scotsman has a pretty good chance to become a new champion of Wimbledon matches. The odds for Andy vary from 5/1 to 20/1 depending on the bookmaker.

Rafael Nadal. The Spanish sportsman has returned to form and is ready to impress its numerous fans with new victories. He was seriously injured a few years ago and had to miss several competitions. In 2017, Rafa won 2 Major titles, and he seems to be in an excellent physical form by this year’s Wimbledon start date. The highest odds from this player are 6/1.

Serena Williams. With the odds varying from 4.5 to 6.0, she has an excellent opportunity to become Number One in this year’s competition. According to Wimbledon timetable, Serena has already won the championship for seven times. After the birth of the child, she took a break from sports, but now she is ready for new triumphs again.

Petra Kvitova. This player has already gained the upper hand in this contest for two times, and Wimbledon 2018 dates seem to be an excellent chance for her to repeat her victories. Experts note that Petra prefers grass tennis more than other sportsmen, and she is well aware of how to play on grass. Her Wimbledon odds are as high as 6.50.

Alexander Zverev. Although this sportsman has long been an evident outsider, this year he seems to be ready for a very impressive triumph. His Wimbledon odds are not very high – they vary from 8/1 to 11/1. But many specialists note that this sportsman has a good chance to become the championship’s sensation. We’ll see whether he’ll manage to live up to their expectations.

So, when is Wimbledon this year? From July 2nd to July 15th.

Where? At All England Club, as usually.

This is actually all that you need to know about the tournament. Enjoy the competition, cheer on your favorite players, and place your successful bets.